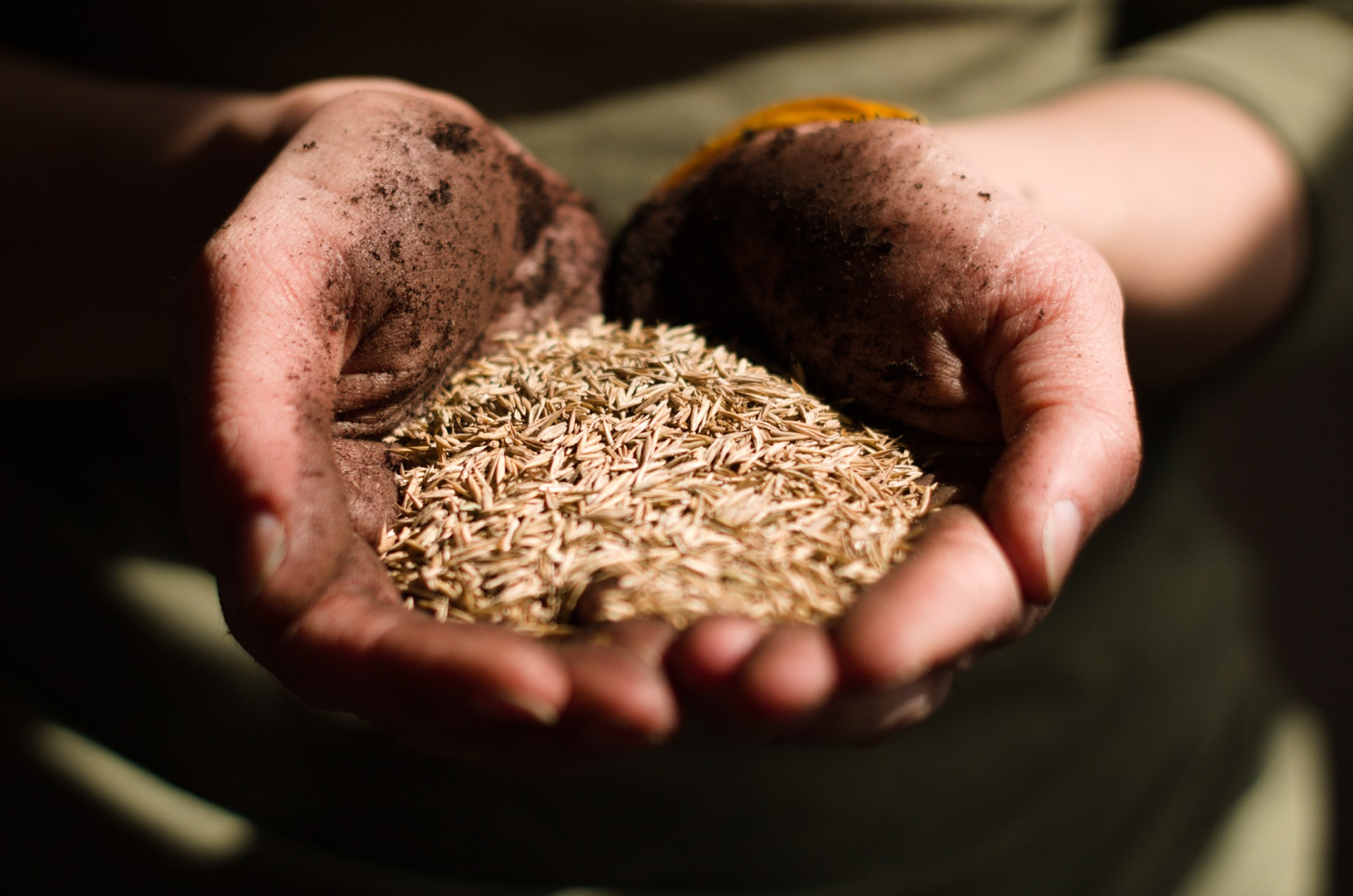 The Future of Food Tech is Rooted in History

I never thought of myself as a farmer, but that’s what Dave Dinesen, the CEO of CubicFarms, calls me. An “ice farmer.”

A few weeks ago, I had the opportunity to speak with Dave about the future of food. The purpose of the meeting was to validate Relocalize’s (formerly PurCube) vision of a localized food system with a FoodTech thought leader.

Relocalize is working to transform where and how food is made. We build fully automated micro-factories designed to make food local again. Why local? It’s simple. Local production reduces CO2 emissions (up to 90%) and transportation costs. Why automated? Because robots make distributed food production feasible and affordable.

So what did Dave think?

He got it instantly.

“You guys are ice farmers and I love it,” was his immediate response. And his analogy is apt. Our ice production, harvesting and packaging platform has a lot in common with Agtech systems, like the CubicFarm system.

Dave’s terminology for re-localization is “Local Chain AgTech”, and he regularly talks about breaking the cycle of long supply chains by making food more locally.

“One thing is clear: we need to grow what we eat where we live. It’s all about growing high quality food that is affordable for people.” —Dave Dinesen, CubicFarms CEO

The history of local food

So why does re-localizing matter? Is breaking the cycle of long supply chains important?

First, a little history. Since the agricultural revolution started 13,000 years ago, most of the food that humanity grew, transformed and consumed was made locally. The market radius for most food products in 16th-century Britain was just 10 miles*. There were, of course, foods that travelled over great distances; the spice trade being one of the oldest examples. But for most people, food came from sources within walking distance.

This “10 mile diet” remained largely intact for over 300 years, until national markets for food staples began to emerge, slowly increasing their market radius. In Britain, wheat markets expanded in the 19th century, becoming the first national market for an agricultural product. But most of the food system remained local for many decades to come.

It was not until the 20th century that diversified local farms fully gave way to industrialized agriculture. The forces of specialization, mechanization and chemistry (fertilizers, pesticides and pharmaceuticals) transformed both what we eat and where it comes from. Global trade routes were not just for spices any more.

Today, the market radius for food products can be as great as 20,000 miles. The United States imports an astonishing $2.4 billion of food products all the way from New Zealand annually, including dairy products ($104 million), distillers grains ($48 million), dog and cat food ($42 million), prepared food ($39 million), and fresh fruit ($38 million).

Not surprisingly, the industrial food revolution came with great benefits, making it possible to feed an ever increasing global population. But it also brought new problems. One of which was long complex supply chains fueled by fossil fuels.

Our food system has a costly CO2 problem

The transportation of food comes at a major economic and environmental cost. CO2 from road freight is a major contributor to climate change. When you add the CO2 from agriculture, it gets worse. Here are a few interesting facts:

I recently wrote this blog post on that topic, so I won’t dig into it again, but suffice it to say that how and where we produce and transform food matters.

Addressing the climate impact of our food system is critically important. We are living in a climate crisis, and the impact of food is too large to ignore. Headlines like this paint a scary picture of the future: “Code red for humanity: UN report gives stark warning on climate change, says wild weather events will worsen.”

The security of our food system is critically important and, as we all learned during the covid pandemic, it has weaknesses. The “toilet paper crisis” of 2020 was as much about human behavior in a crisis as it was about supply chain disruption and illustrated well just how dependent we are on supply chains.

Remember those images of bare shelves in stores, emptied by stockpiling shoppers?

“The challenges in the supply chain are numerous from demand predictability, production capacity constraints, port delays, carton and driver shortages, as well as higher input and transportation costs,” says Matt Kramer, KPMG’s national sector leader for consumer and retail. “Ensuring products are efficiently delivered through the supply chain to customers with greater transparency will be both a challenge and significant focus in 2021.” —via Progressive Grocer

Transportation and distribution are two of the biggest vulnerabilities in food supply chains that span large geographical distances and cross international borders.

This was further cemented into the public consciousness when the Ever Given cut off traffic in the vital Suez Canal for six days. The waterway carries 12% of global trade and experts say the disruptions to global trade will continue to reverberate.

No one knows what future risks could disrupt our food system. There were warnings for years of a pandemic before Coronavirus emerged to change the way we live and eat, but it still managed to surprise most of us.

Whether it be climate change (Running out of water: how climate change fuels a crisis in the US west), global conflict (US Firms Cannot Ignore the Growing Risks of a Possible China-US Military Conflict) or something unexpected, supply chain disruption is a real risk that leaders cannot afford to ignore. Local chain automated food technology future-proofs food supply chains.

Logistics costs are also a major weak link in the system. This is bad news for consumers. According to the IMF, rising world food prices for producers are making headlines and causing concerns among the public with good reason. Prices for international producers have risen 47.2% since April 2020. Price is a major barrier to food security in both emerging economies and for an increasing number of Canadians and Americans.

When you combine increasing food prices due to logistics costs with supply shortages, a bad situation becomes even worse. Extreme heat and drought in Western Canada  is wreaking havoc on the Canadian food system right now, with the potential for thousands of acres with “zero yield.”

“Sustained record-breaking heat, droughts and wildfires across the Prairies and British Columbia this month are wreaking havoc on food production in Canada, with farmers reporting stunted crops, cherries cooking on trees and 80-per-cent mortality rates at some commercial shellfish operations.”
—The National Post

Re-localizing production breaks long supply chains, reducing interdependence and increasing resilience, while reducing costs. When products spend less time on a truck, prices are less sensitive to fuel and logistics cost increases. It also reduces CO2, the primary cause of the ongoing climate crisis. It is just that simple.

So what are the barriers to make re-localization a reality? There are two: (1) lack of deployable automation and robotics technologies, and (2) need to move beyond leafy greens.

Right now, too few innovators are developing the automation and robotics needed to deliver on the local vision. Most automation equipment is designed for yesterday’s economy, where production is centralized to the greatest extent possible to capture “scale benefits.” Relocalize is an automated micro-factories pioneer, but we fully expect micro-automation leaders from other sectors, such as AgTech, to help us to meet this challenge.

In addition, the vertical farming sector needs to integrate the latest automation and robotics technology to significantly decrease labor, which is very high in many urban areas where vertical farms are found today. Additionally, many indoor farming companies experience very high staff turnover as low-skilled laborers switch jobs frequently in search of higher paying wages. Until the labor component can be solved, this will remain an impediment for vertical farms to reach cost parity with food grown outdoors.

Finally, decentralization lowers labor efficiency of people, but not necessarily robots. Reliable autonomous automation technologies will be critical to the re-localization revolution. Unfortunately, the industrial robots of today are still designed for yesterday’s centralized factories.

The second major barrier is product diversification. Re-localized products need to make up more of the fresh section of the grocery store and move into packaged goods.

Today, most local chain food tech providers are focused on leaf greens and microgreens. More products such as berries grown by Plenty for Driscoll’s are coming. AeroFarms also recently announced a research and development partnership with Hortifrut for next-generation blueberry and cranberry production in vertical farms.

Until recently, most vertical farming companies have focused on herbs, leafy greens, and microgreens, so this is good news. But it is not enough. Transformed foods need to be part of the solution.

Today, very few food tech companies are focused on sustainable transformed and packaged foods, which make up the majority of consumer purchases (54% of grocery purchases).

This is where Relocalize aims to lead a revolution. Our first micro-factories are making sustainable packaged ice, but our future is in every grocery store aisle. Deployable automation for food production, packaging, material handling, storage and food safety is currently the biggest barrier to the local production of transformed food products.

2021 Outlook for re-localization and food tech

It’s been a good year for FoodTech innovation with billions of capital invested in food technology. In fact, FoodTech is poised for its biggest year yet according to PitchBook. The reasons are simple. FoodTech took center stage during the pandemic out of necessity. As we emerged from lockdowns, the food boom continued as demand continued to surge.

And now, with daily headlines about floods, droughts and wildfires, it is clear that we need to make sustainability a priority. More than 13,000 scientists agree that we are dealing with a climate emergency right now. It is up to food technology innovators to meet the challenge of feeding humanity sustainably.

I strongly believe that innovators like Cubic Farms, InFarm, Impossible Foods, AeroFarms, Plenty and Relocalize can make a major impact on our food system. FoodTech is poised to take major steps forward in 2021 and 2022 with the support of the investment community and forward-looking grocery retailers. Now it’s up to the innovators to ignite a re-localization revolution. 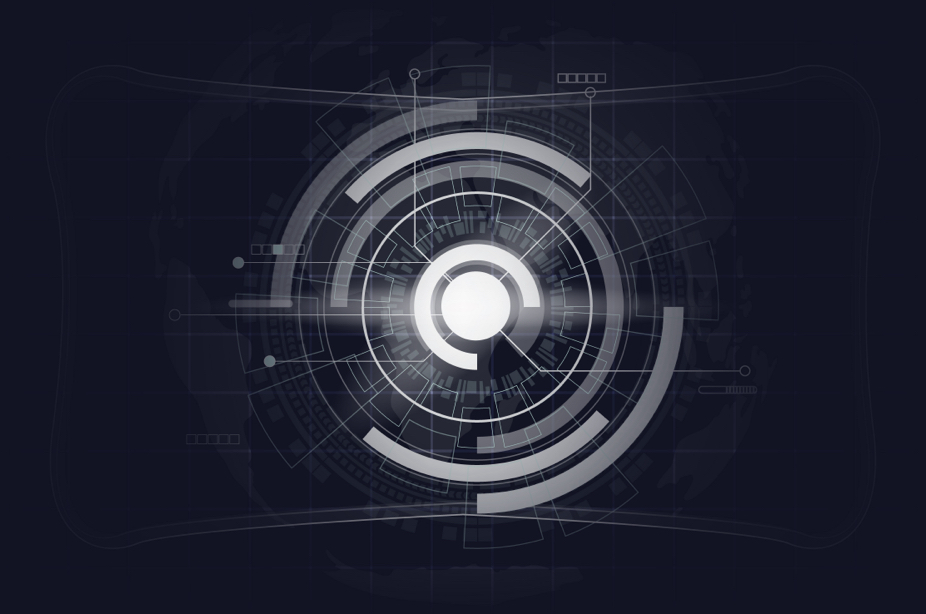